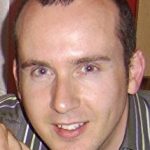 Andrew Wright – Director, Writer, Executive Producer, Film Editor, Sound Editor
IMDb | Twitter
Andrew Wright is a British-Canadian director, writer, producer, editor, musician and sound designer. Originally from the United Kingdom, he started out as a record label owner, writer and producer of techno and drum & bass music in the early ’90s. Despite a string of successful releases as The Moog and with Justice & Mercy, the U.K. economic recession forced Andrew into a career in I.T. Despite this change in direction, Andrew’s passion for music and his vivid imagination led to him writing a feature-length screenplay, drawing on his experiences of the UK rave scene.
After relocating to Toronto, Canada in 2006, he set about gathering a cast and crew to produce what would eventually become the web series and then feature film, Belushi’s Toilet. As well as directing and editing his own material, Andrew also continues to write, direct and produce for other Toronto-based productions. 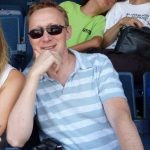 Voitek Pendrak – Director of Photography, Producer
IMDb | Twitter
Voitek Pendrak is a self-taught photographer and cinematographer based in Toronto. His extensive experience in photography led him into the world of the cinematography in 2013. Since then he has been part of several film productions ranging from shorts, web series, documentaries, and features, including an official selection for Short Film Corner at the Cannes Film Festival. 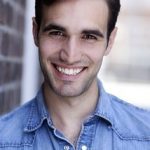 Mark Nocent – Playing Adrian Carter
IMDb | Twitter
Mark was born in London, Ontario, Canada, and gained some notoriety in the community theatre scene there as ‘Ash’ in Evil Dead: The Musical (2011). Around this time he attended classes at Humber College’s Acting For Film And Television Program at the college’s Lakeshore Campus in Toronto.
After graduating with honors in 2013, he has since lived in Toronto and acted in everything from theatre to commercials. Most notably the role of ‘Laird’ in ‘Swerve’ Season 2, ‘Tommy’ in the feature film ‘Drowning’, and in the Sci-Fi Short, ‘Roach’, as the lead. 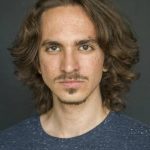 James Soares-Correia – Playing Mason ‘Supplies’ Sargosta
IMDb | Twitter
James is a Montreal-born actor who graduated from Dawson College’s professional theatre program. He studied Improv at Theatre ste Catherine for two years. His most recent appearance on stage was as Hamlet in Bard in the Park, before appearing as Iago in Othello. He also starred in Raise the Stakes Theatre’s production of True West as Austin and subsequently their production of Salt Water Moon as Jacob Mercer. 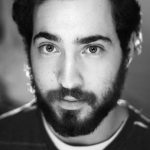 Hayden Finkelshtain – Playing Hyman ‘Stomach’ Katzenelnbogen
IMDb
Hayden Finkelshtain is a Canadian actor, voice artist, and singer also known for Super Science Friends (2015) and Solid State (2017). In 2016 he received his Bachelors of Fine Arts in Performance Acting from the Ryerson Theatre School in Toronto. In school, Hayden graduated with the highest GPA in his class and was awarded with several accolades throughout his studies. He continues to perform out of Toronto. 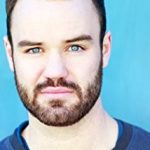 Alex Frankson – Playing Raul ‘Advice’ Alvarez
IMDb
Alex is a Toronto actor with a Theatre degree from the University of Victoria. Some recent film credits include Reign, Blood and Fury: America’s Civil War, The Expanse, Dark Matter, and The Handmaids Tale. 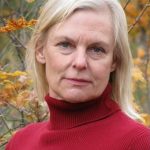 Nancy Morrison – Playing Eva Carter
IMDb | Twitter
Nancy is a professional actor working in film and television. Born and raised in Montreal, she has worked with award winning directors and Juno award winning musicians. Starring in many short films, as well as film competitions, Nancy’s most recent lead role has been her most comprehensive. In addition, Nancy runs a film production company that produces local independent films.